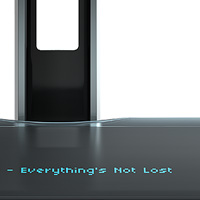 Curve LCD is designed for users such as online gamers, designers and programers who have to play or work in front of a computer doing multitasking jobs. It displays music lyrics and message from instant messengers, such as MSN Messenger and QQ, on the OLED screen at the bottom of the base, solving the problem that users, such as designers, constantly shifts between messenger dialogs and fullscreen task windows while working in multitasking situations. 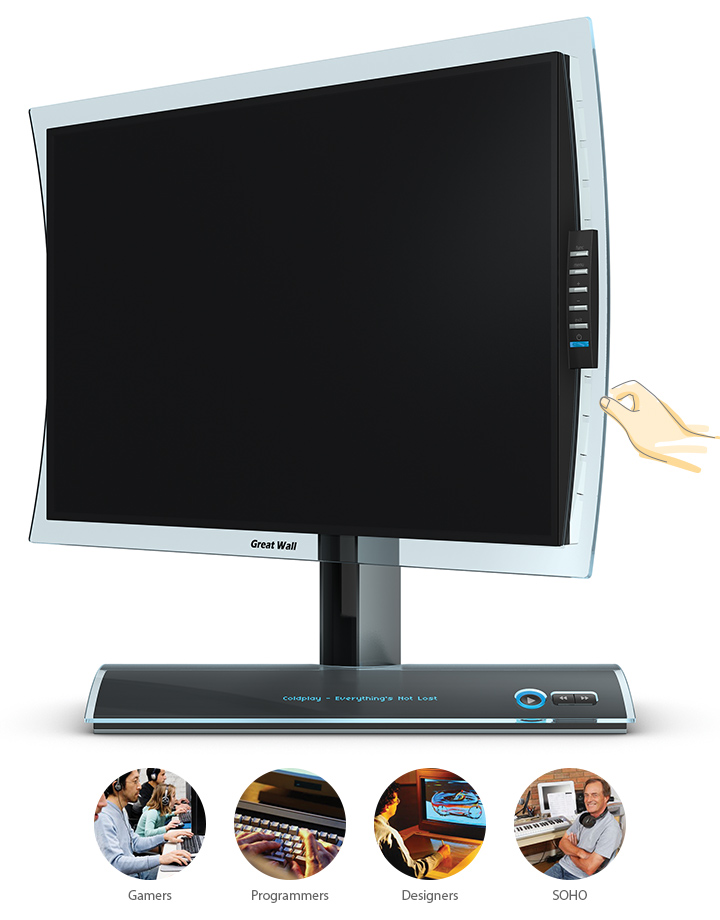 While running professional applications or playing games in fullscreen, the target users would like to play their favorite music and keep instant messengers (such as MSN Messenger and QQ) in background to keep in touch with others. Here comes the problem, every time an incoming message arrives and alerts, they have to switch from fullscreen to a pop-up window just to read and reply to it. This could be annoying especially to those gamers, hearing the alert while not knowing whether the incoming message is important or not, they have to risk their wellbeings in the games switching away from fullscreen to the message window. What’s worse, the annoying switching process often end up interrupting their mind and thinking in working situations.

What if users can simply preview any incoming message and easily control the playback of their favourite music without shifting windows?

The OLED text display on the base provides a preview of incoming message. The users can read it without switching away from their favorite games or working interface, and then decide to reply or just ignore it. 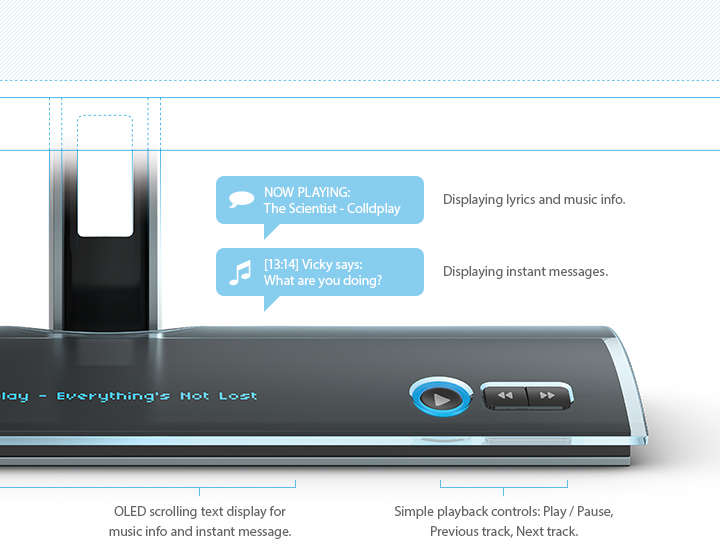 The actual border (black) of the Curve LCD is very thin. The curvy transparent acrylic slightly extends the border for functional usage, without making the whole look heavy or clumsy, yet helps build an aesthetic sense. The transparent acrylic border does not only provide a place for the users to stick important notes on to, but also serves as comfortable handle for angle adjustment, without leaving any finger print on the main screen. 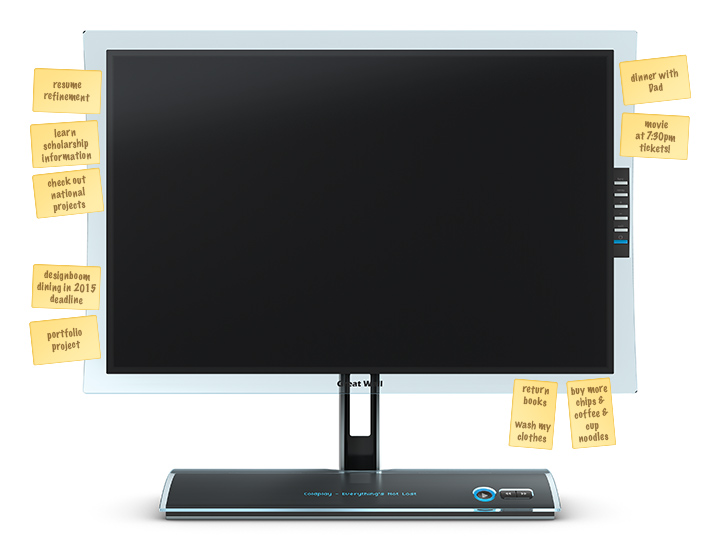 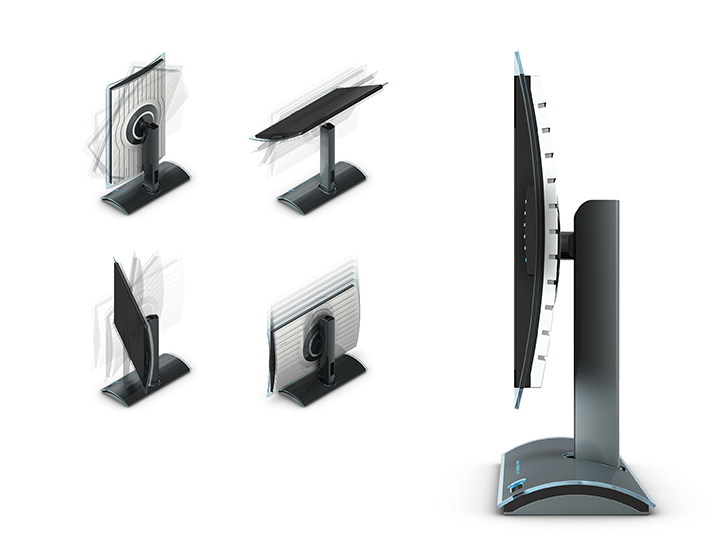 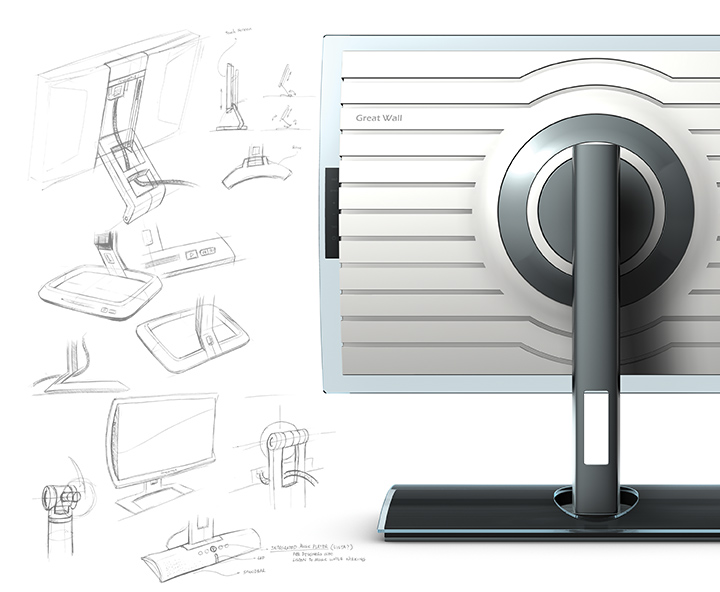